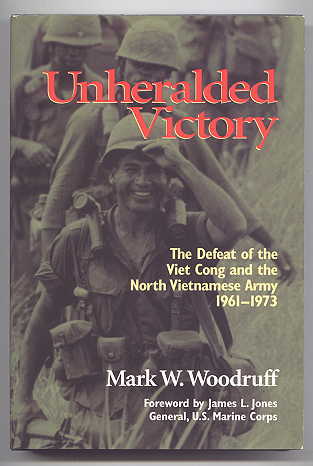 338 pp, 8vo (8 1/2" H). B&w photographs, maps, figures. "(H)istory of the defeat of the Viet Cong and North Vietnamese Army at the hands of the American and Allied troops from 1961 through 1973. It chronicles, in detail, the virtual annihilation of the Viet Cong by the late 1960s. The book then recounts the first wholesale introduction of North Vietnamese Army troops onto the battlefield in 1964 and America's response - the landing of U.S. ground forces in early 1965. Battle by battle, from Ia Drang through Khe Sanh through Linebacker Operations, 'Unheralded Victory' presents a convincing and accurate picture of the American victory. Why is it then, that American and allied successes have not been publicized and, instead, such negative images of allied military involvement dominate the discourse? Much of this can be attributed to the very successful propaganda campaign run by Hanoi, often unwittingly aided and abetted by western observers. (This book) looks at the myths this campaign created and debunks them one by one. It closely analyzes the morale of the troops, the attitudes of the American people about the war, the frequency of drug use, the 'fragging' murders, and other myths which dominate the discourse on the war. In the process, (it) suggests a much more positive view of not just the outcome of the war, but also of American morale, competence, and performance. Finally, the book looks at why this propaganda campaign was so successful, and why it - and the myths it created - still dominate the histories and popular memories of the Vietnam War." Tiny bump to top corner of rear board, slight bump/two tiny tears to top edge of rear board, minor wrinkling at top of spine. Dust jacket has one very small closed tear, very light edge wear/wrinkling.

Title: UNHERALDED VICTORY: THE DEFEAT OF THE VIET CONG AND THE NORTH VIETNAMESE ARMY 1961-1973. 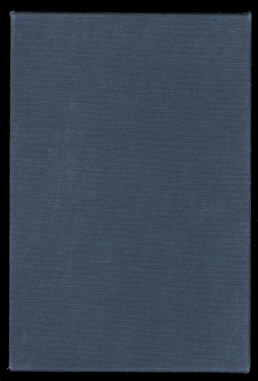 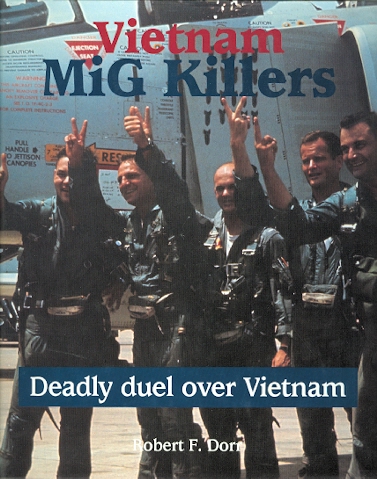 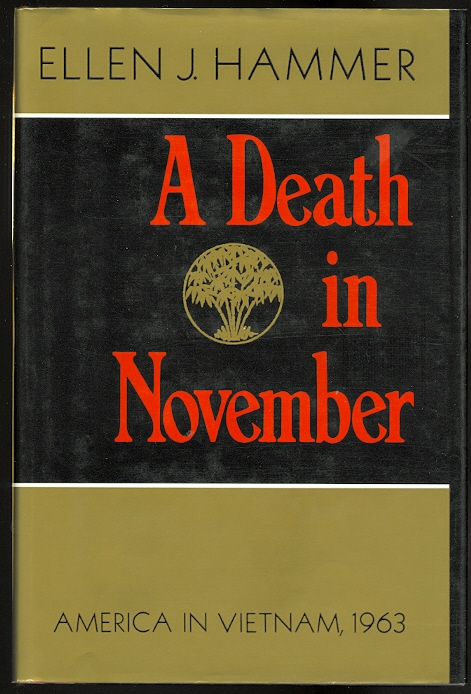 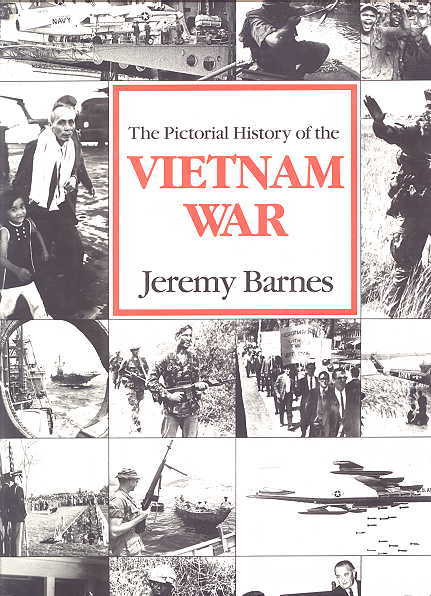 THE PICTORIAL HISTORY OF THE VIETNAM WAR.

FORESTERS: THE CANADIAN QUEST FOR PEACE.

By: Brown, Brian A. Foreword by H.R.H. Princess Anne. 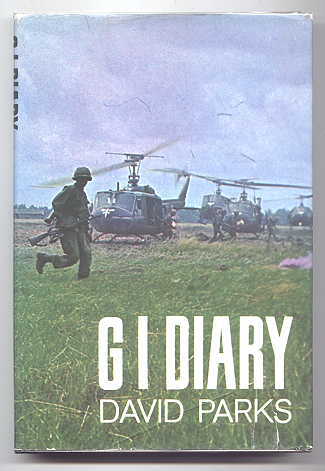 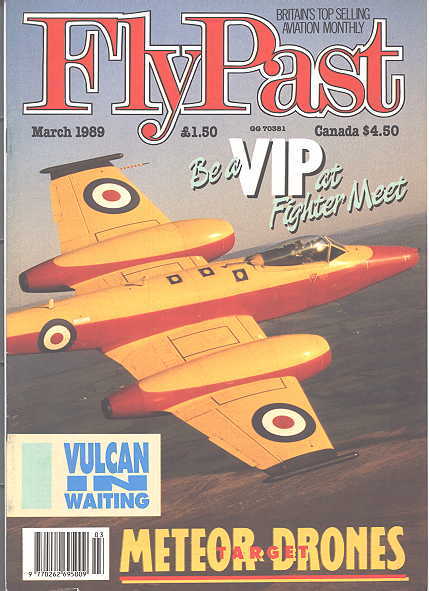