2 volume set, 9 1/4" H, dark green cloth with gilt lettering on spines and front boards, plus collection of newspaper clipping, letters, etc. Nicholas Murray Butler (1862-1947) was president of Columbia University for 43 years, president of the Carnegie Endowment for Peace, winner of the Nobel Peace Prize and a candidate for the Republican nomination for the Presidency. Volume I - 1939, NOT a first edition (lacks the "A" on the copyright page), but is inscribed: "This copy is for / George C. Atkins, '02 / with cordial greeting / Nicholas Murray Butler / November 2, 1939". 451 pp, b&w illustrations. Contents: Apologia; Background of Inheritance; Paterson: Home and School Days; Undergraduate Days at Columbia; The Years of Graduate Study; A Voyage of Discovery; Building a University; Founding Teachers College; Some Fortunate Memories; Fourteen Republican National Conventions; Behind the Scenes in Politics; On Keeping Out of Public Office; Index. Volume II - 1940, first edition (not signed or inscribed). 474 pp, b&w illustrations. Contents: West Meets Immemorial East; A Summer to Remember, 1905; International Understanding and Peace; An Episode of the Endless Adventure; When War came in 1914; There is a History in All Men's Lives (Shakespeare - King Henry IV); Repeal of the Eighteenth Amendement; American Political Problems Still Unsolved; Abraham Lincoln and His Son; That Amazing West of Ours; Companionship and Conversation; Epilogue; Bibliography; Index. The following ephemera is included with these volumes: A letter from the Alumni Federation of Columbia University to the dedicatee with information about Volume II / 3 newspaper clippings on the death of Dr. Butler / front page of New York Times Book Review, September 24, 1939 with photo of Dr. Butler and review of book (review apparently continued on later page, but that is not included), plus an additional newspaper clipping about him from the New York Times of April 2, 1942 / a pamphlet: "William McKinley - and Twenty Years After" by Nicholas Murray Butler, given at the Tippecanoe Club of Cleveland, Ohio, January 29, 1920 - 13 pp, 9" H. / Broadsheet entitled "The Abdication of Democracy - Extension of Remarks of Hon. Jospeh C. O'Mahoney of Wyoming in the Senate of the United States, Tuesday, June 7, 1938. Address by Nicholas Murray Butler of Columbia University / a collection of letters, flyers, etc. concerning Dr. Butler's run for the Republican nomination for President, including "Butler on Republicanism" (hand card), "Nicholas Murray Butler, Candidate for the Republication Nomiantion for President of the United States from the Viewpoint of California (pamphlet -2 copies); "Wilson Failed because he was Wilson - Butler Succeeds because he is Bulter" (broadsheet) / three letters headed "For Presdient - Nicholas Murray Butler, one including a list of delegates for the state of New Jersey, and three other misc. items. Very light toning to most pages, light browning to some of the preliminary pages, moderate browning and scattered foxing marks on endpapers - a little more in volume I, moderate browning to top and fore-edge of text blocks, very small stain on top of text block of volume I and a tiny stain on the bottom of the text block, small area of shelf soiling on bottom of text blocks, minor edge wear to boards, very light wrinkling at top/bottom of spine of volume I, slight lean to volume I, slight small bump to bottom corners of volume I. Dust jackets have light to moderate browning/scattered foxing on inside, moderate edge wear/wrinkling; a few small chips, and tears/creases; a few small light water stains; light soiling/rubbing; volume I has a few small and tiny scuffs as well as a light 2" scratch; both jackets are protected in mylar sleeves. Some Ephemera has light edge wear/wrinkling/creasing, a batch has rusty paper clip stains, most have fold marks, newspaper clippings have browning, one pamphlet has rusty staples/stains, envelope has pencil notations.

Title: ACROSS THE BUSY YEARS: RECOLLECTIONS AND REFLECTIONS. 2 VOLUME SET + ADDITIONAL MATERIAL RELATING TO MR. BUTLER AND HIS RUN FOR THE REPUBLICAN PRESIDENTIAL NOMINATION. 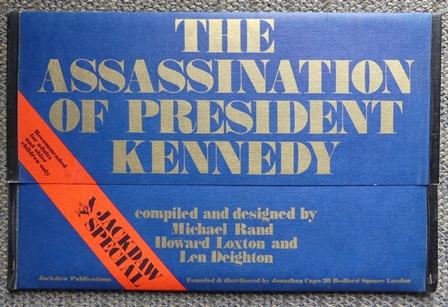 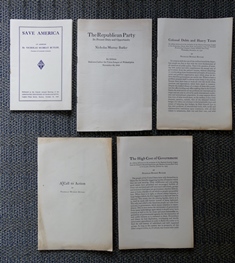 5 PAMPHLETS. 1. SAVE AMERICA. 2. THE REPUBLICAN PARTY: ITS PRESENT DUTY AND OPPORTUNITY. 3. COLOSSAL DEBTS AND HEAVY TAXES. 4. A CALL TO ACTION. 5. THE HIGH COST OF GOVERNMENT. 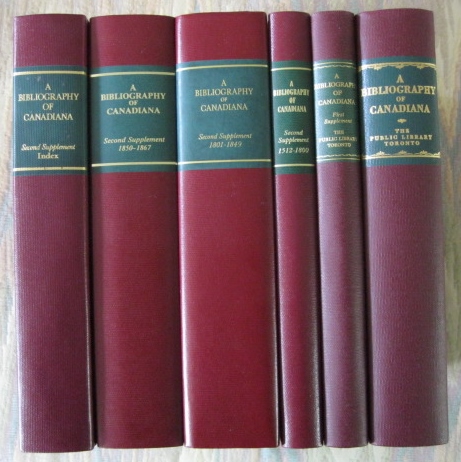 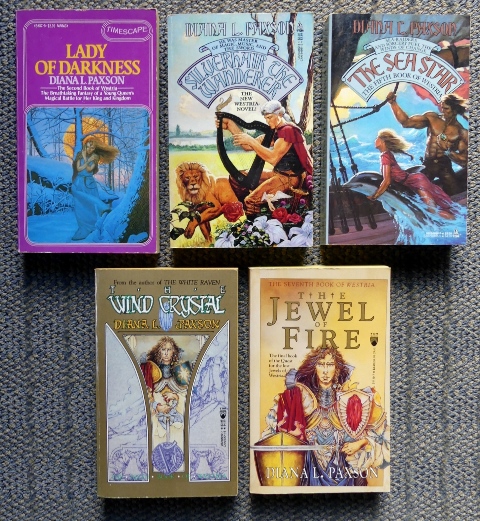 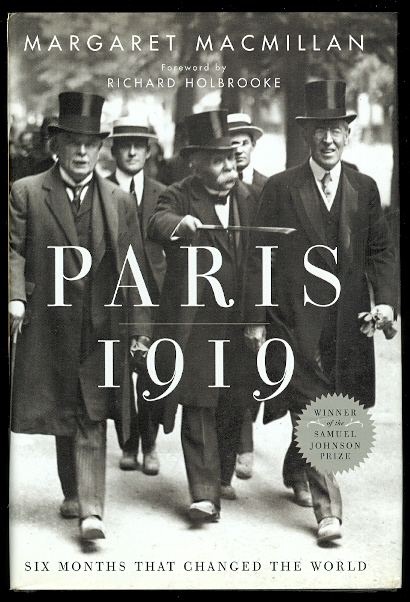 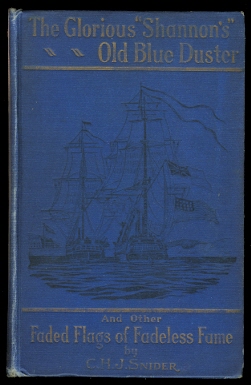 THE GLORIOUS "SHANNON'S" OLD BLUE DUSTER AND OTHER FADED FLAGS OF FADELESS FAME.