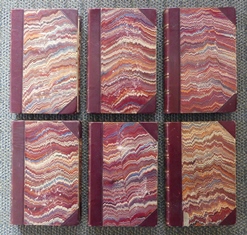 6 volume set - 7 1/8" H, half leather (leather spines with 5 raised bands, gilt lettering/banding, leather corners), marbled paper covered boards, red speckled textblock edges. 6 b&w frontispiece portraits, 40 diagrams, 28 folding tables. After introductory information, the volumes follow a year-by-year format from the First French Revolutionary War (1792) to the Battle of Navarin (1827). Under most yearly sections there is a discussion of the British and French Fleets, Light Squadrons and Single Ships, and Colonial Expeditions. Other fleets are introduced when applicable: Spanish, Dutch, Franco-Spanish, Swedish, Russian, etc. as are sections on the West & East Indies, Africa and North & South America. Interiors - All frontispieces and title pages have areas of light toning and foxing - vol. 3 has a small light waterstain in margin of frontispiece; some preliminary pages also have scattered light foxing; most volumes have a few pages with pen and/or pencil notations of varying size in margins and some with underlining of text; some volumes have a few pages with a few scattered light foxing marks and/or small light stains; vol. II has a 1 1/2" tear/creasing at top of frontispiece gutter; vol. IV has a very small chip at the top edge of two page leaves; there are a few small corner creases on pages throughout the six volumes; most fold-out tables have additional fold creases and some have browning/creaes or very small tears at the fore-edges. Exteriors - all volumes have some rubbing on marbled boards and leather; light to moderate edge wear - more at coners; some corners have small bumps; vol. I has two small dents on fore-edge of front board; vol. VI has a 1' x 3/8' piece of marbled paper missing at bottom of front board.

Title: THE NAVAL HISTORY OF GREAT BRITAIN, FROM THE DECLARATION OF WAR BY FRANCE IN 1793 TO THE ACCESSION OF GEORGE IV. 6 VOLUME SET. 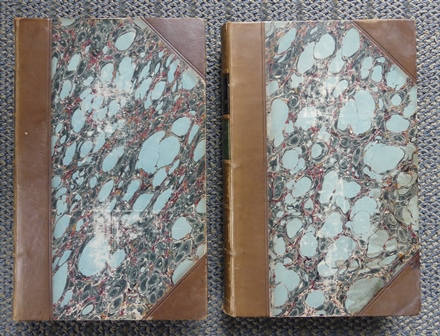 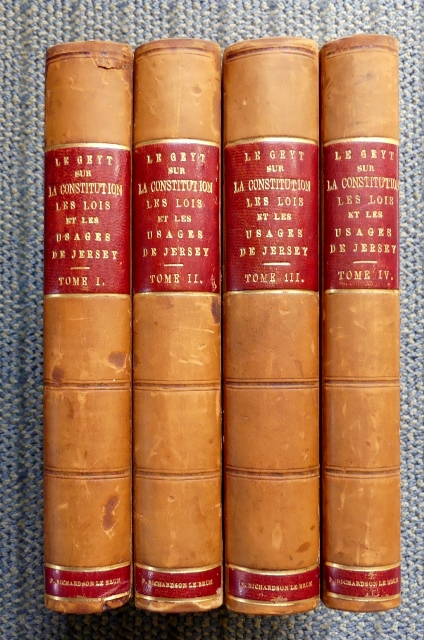 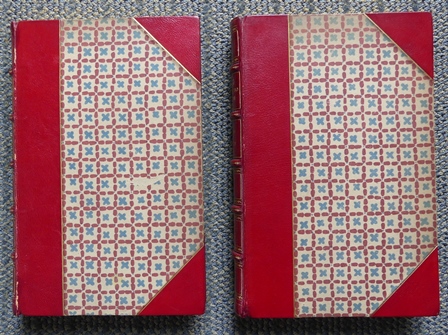 THE LIFE OF BENVENUTO CELLINI WRITTEN BY HIMSELF. 2 VOLUME SET IN SANGORSKI & SUTCLIFFE BINDING. 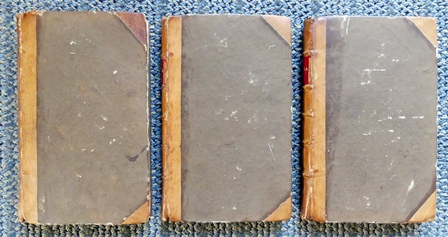 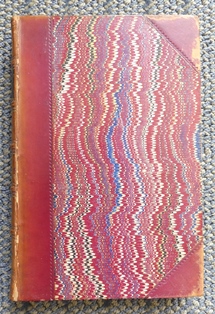 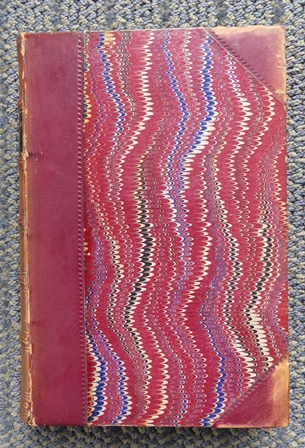 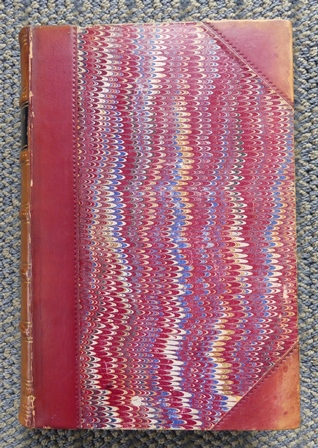