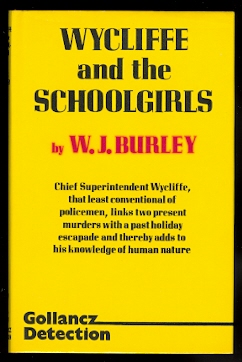 WYCLIFFE AND THE SCHOOLGIRLS.

191 pp, 8" H. Red boards with gilt lettering on spine. "Debbie Joyce, a young cabaret singer, is found strangled. A week later, in the same city, Elaine Bennett, a nurse, is similarly murdered. Immediately the press raise the alarm that a psychopathic killer is on the loose. But Chief Superintendent Wycliffe is not convinced that this is the answer. While police precautions are greatly increased, he quietly goes his own way, probing into the possibility, however remote, that there is some logical connection - logical at least to the murderer - between the two deaths. His absorbing investigation takes him into the past of the dead women, and finally to a 'community holiday' which a group of schoolgirls spent together. And nasty little beasts some of them were, playing a cruel trick on the teacher in charge and on one of the other girls. Can this remote escapade have triggered murder in the present? And if so, why and how? And are there other murders to come? Wycliffe learns a lot about the strangeness of human nature during his exploration of the world of the schoolgirls, and the narrative builds up to a tense climax." Faint tanning to pastedowns and half of each free endpaper, two very tiny edge tears at top corner of page leaf 37/38. Dust jacket is price-clipped, has some minor edge wrinkling, minor tanning on inside of flaps and at top inside edge.

Title: WYCLIFFE AND THE SCHOOLGIRLS. 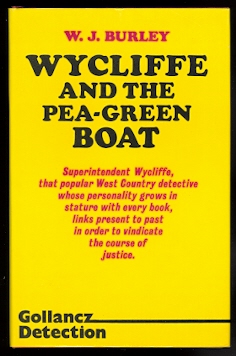 WYCLIFFE AND THE PEA-GREEN BOAT. 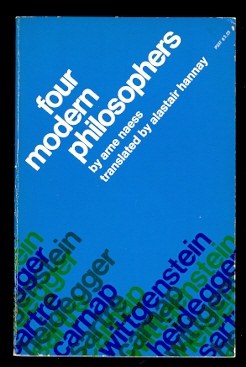 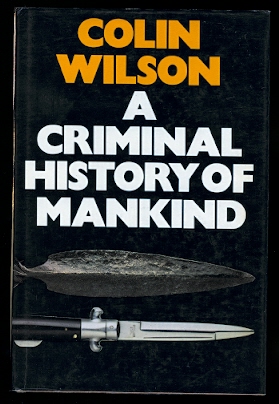 A CRIMINAL HISTORY OF MANKIND. 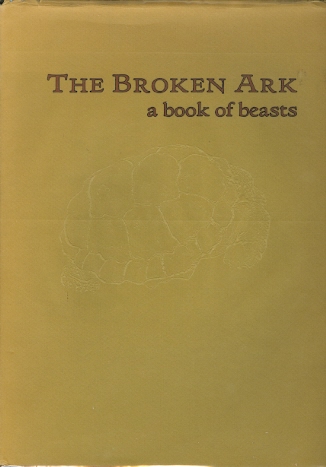 THE BROKEN ARK: A BOOK OF BEASTS. 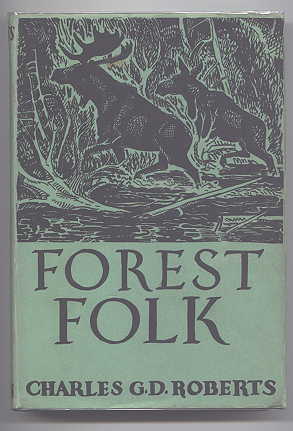 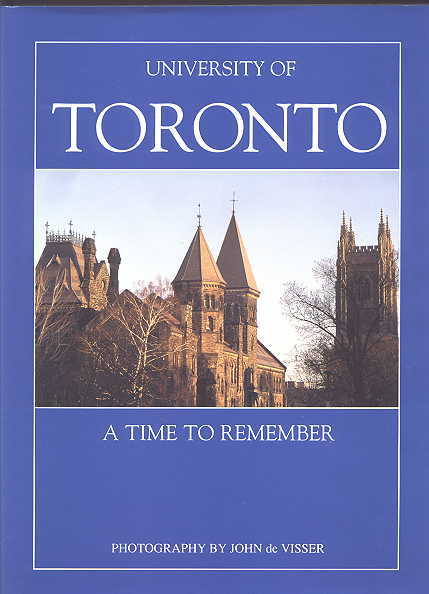 UNIVERSITY OF TORONTO: A TIME TO REMEMBER. 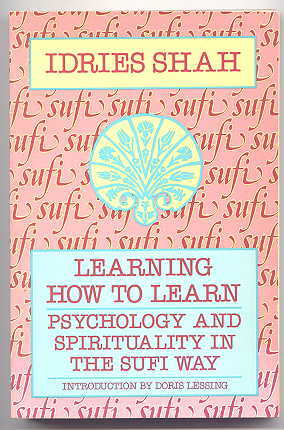 LEARNING HOW TO LEARN: PSYCHOLOGY AND SPIRITUALITY IN THE SUFI WAY.

WYCLIFFE AND THE SCHOOLGIRLS.