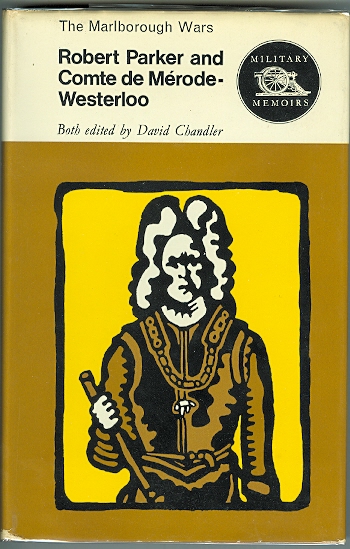 276 pp, 8vo (8 5/8" H), hard cover in dust jacket. Maps/battle plans, 2 portraits. "The War of the Spanish Succession (1701-13) holds a special place in the annals of several European armies. The protracted struggle produced a number of great cap tains - John Churchill, first Duke of Marlborough, Prince Eugene of Savoy and the French Marshal Villars - and their respective martial achievements still exert a strong fascination. Two of their contemporaries who throw a considerable amoun t o f l i ght on the day-to-day conduct of Marlborough's most important campaigns, with their roll-call of famous successes - Blenheim, Raimillies, Oudenarde, Malplaquet, the lines of Ne Plus Ultra - are Capt. Robert Parker of the Royal Regiment o f F oo t o f Ir eland (whose 'Memoirs', though often briefly quoted, have not been republished since they first appeared some time after his death); and the Comte de Merode-Westerloo whose 'Memoires' are hardly known outside Belgium. In almost ever y re spe ct t he y p resent striking contrasts, in birth, rank and character, and their differences are reflected in their writing. Parker, an Irishman of obscure origins, reached the relatively humble rank of Captain of Grenadiers. His whole mil it ary lif e w as int imat ely bound up with his regimental family. His feelings for Marlborough at times amount to uncritical hero-worship. From first to last he reveals himself as a highly competent professional soldier of modest and unpretenti ous cha racte r. The Com te de Merode-Westerloo, a great magnate in Flanders with a redoubtable ancestry behind him, eventually became a Field-Marshal of the Holy Roman Empire - not that he had begun the war in the Emperor's service, but in that of h is en emies. B rave to t he poi nt of folly, irascible, touchy, overbearingly arrogant, he was continually in trouble. He bore lasting grudges against the men who, he thought, had conspired to ruin his career - Marlborough and Prince Eugene . As a com mander it i s dou btful whether he possessed sufficient cool judgment to merit his appointment to posts of the highest responsiblity. Expertly edited and annotated, the relevant passages from these two memoirs provide a narrative of t his gr eat war of ext raord inary immedi acy and fascination. It will also be invaluable to students of the period." Small soiling mark on bottom of text block, light wrinkling and tiny tear at bottom of spine. Dust jacket has moderate wear and archiva lly tape d tear a t bott om of spine, light ed ge wear/wrinkling at top of spine and top/bottom of flap-folds, slight browning, minor soiling. Very Good/Very Good- 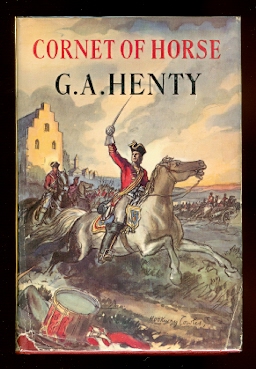 THE CORNET OF HORSE: A TALE OF MARLBOROUGH'S WARS. 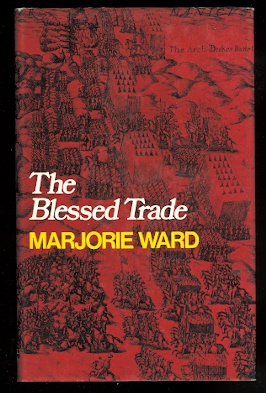