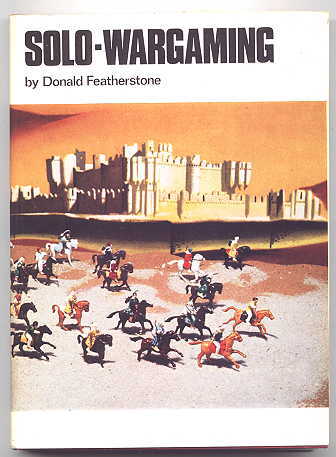 192 pp, 8vo (8 1/2" H). 60 b&w illustrations. "Many wargamers, particularly during the early stages of their interest in the hobby, are unable to find live opponents to fight on their table-top battlefields. Their efforts at wearing two different hats, as they manipulate both armies, and with the full knowledge of what each intends to do, soon palls. Their interest in wargaming retreats. Then there are those wargamers whose enthusiasm is so great that fighting one, or even two, battles a week is not sufficient, and who are led to seek a means of carrying on their table-top battles when a live opponent is not available. (This book) caters to both, describing innumerable methods of manoeuvring two wargames armies, under such conditions of secrecy and surprise that the result of the battle is in the balance until the last cannon is fired. It opens many doors to ingenious and practical methods of doing battle with model soldiers, raising the pastime in some sense almost to the level of chess. It enables the 'lonely wargamer' to find pleasure rather than boredom in his solitary state." Contents: Why solo-wargaming?; 'Instant' solo-wargaming; Domestic wargaming; The press-gang; Realism through continuous combat; Concealment in solo-wargaming; Personalized wargaming; Solo-wargaming in the New World; Solo musket wargame (by John Schuster, USA); Solo-wargames campaigns; The matchbox system of solo-wargaming; The importance of War Diaries; Chance cards; Tactical cards; Regimental cards; A small spark of courage; More books for solo-wargamers; Battles by mail; Weather in wargames; Wargaming in bed; A Prince of solo-wargamers; Retasol; Setting up a realistic battlefield; Appendices: Model Soldiers - Sources of Supply; Books and Magazines; Rules for Use in Solo-Wargames; Sources of Inspiration and Instruction for the Solo-Wargamer. Very light browning to edges of textblock. Dust jacket has light browning on inside, on the spine and on flap-folds, very light rubbing, very light edge wrinkling. Very Good+/Very Good- 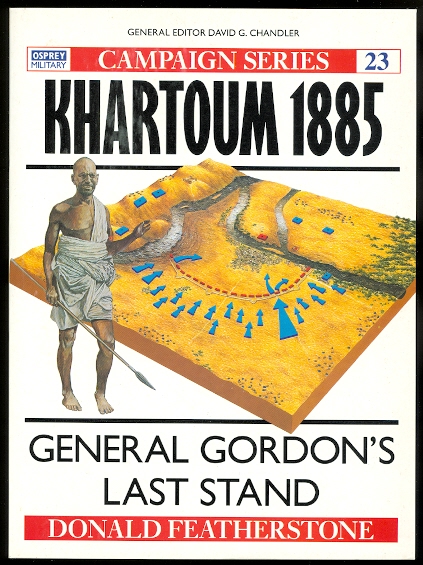 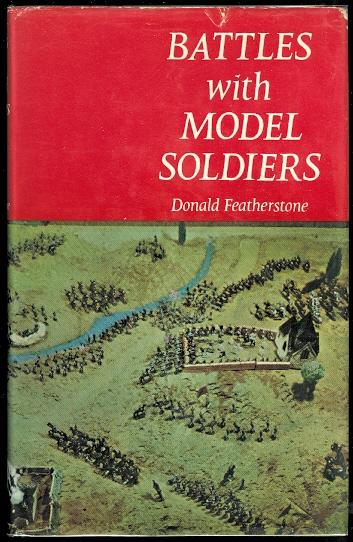